Waverley School began life in 1945 as a private school in Crowthorne, Berkshire. At first many of the pupils were the sons and daughters of masters at the nearby Wellington College. In those days, most boys left at age 7 to go on to traditional preparatory schools while girls stayed on until 11, transferring to one of a number of senior girls’ schools in the area.  The school quickly gained a reputation for providing a very high quality of education, with a particular focus on meeting the needs of individual pupils - a tradition which remains strong to this day. 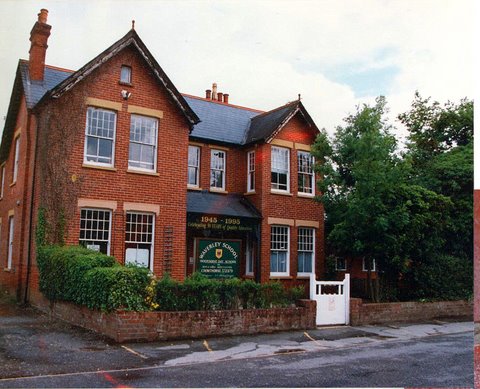 The original Waverley School in Crowthorne

Waverley School first opened its doors in what had formerly been the Waverley Hotel in Ravenswood Avenue, just off Dukes Ride, close to Crowthorne railway station (the site has since been developed for houses and flats). Prior to the Second World War, the Waverley Hotel offered accommodation to the parents of boarding pupils at Wellington College when they came to visit their sons. During World War 2 the Hotel became a boarding house for boys from St Paul’s School, London, which evacuated to the Crowthorne area. The renowned Field Marshal Montgomery, an old boy of St Paul’s, visited the Waverley Boarding House in 1944 to inspire the boys. St Paul’s returned to London in 1945 and Waverley School’s founders and owners, the Misses Darlaston and Edridge, bought the building and its one acre site. As the School grew, two large nursery classrooms were built and, in 1972, a new school hall was opened by Sir William van Straubenzee, MP for Wokingham at the time. 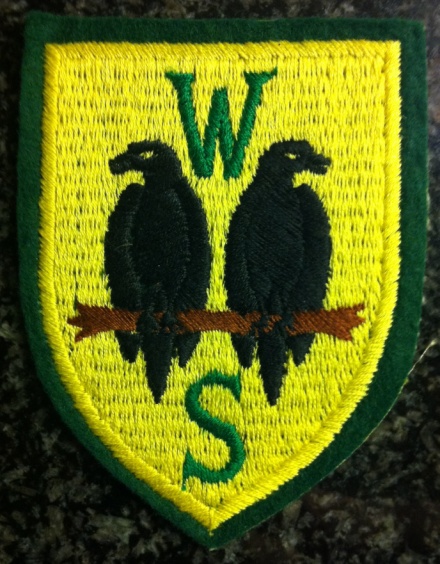 In 1975, a group of parents, whose sons and daughters were attending the School, decided they were so committed to the School that they persuaded the bank to lend them money to buy it, established a charitable trust and took over the management. Over the ensuing years, parents gave tremendous support to the School to ensure that their children continued to receive the very best education possible.

By the early 1990s Waverley’s original premises in Crowthorne were bursting at the seams, with pupils coming from as many as 10 miles away. Many of the classrooms were too small, the toilets were outside,  there were no playing fields and some of the corridors were so narrow that staff had to turn sideways to pass each other! The headmaster and governors began searching for alternative premises, or a plot on which to build, a search which was to prove extremely challenging. However, by 1995 a piece of land had been identified as a potential site for building a new school. Providentially the site was at the end of a road already named Waverley Way (many believe that that Waverley Way was named after the School, but this is not the case). Building began in the autumn of 1996, finally made possible when Waverley School was awarded a £125,000 Sports Lottery Fund grant to pay for the construction of the Community Pavilion. When term ended in July 1997 the staff, somewhat nostalgically, packed up the contents of the classrooms in crates to await the removers. Later that summer six large removal lorries transported everything to the new building which was, by mid-September, ready to open its doors to pupils. At last pupils could enjoy the purpose-built facilities, playing fields and space which were previously lacking. However, in the midst of change, staff and governors were determined to ensure that pupils would continue to experience Waverley as a family school in which individual needs were met and high standards maintained.

Activities in art, drama, IT, music, science and sport were all expanded in the excellent facilities the new premises offered.

The involvement and commitment of parents has long been a distinctive characteristic of Waverley School.

The recent history of the school is to be seen in the existing premises. The peacock weathervane on top of the Community Hall acknowledges the outstanding work of Colin Peacock, parent and chair of Waverley School governors in the early 1990s, who identified the current site and carried out much of the arduous negotiation which led to the planning consent. The Melton Hall is named after Stuart Melton, Headmaster 1987 -2006, whose vision it was to relocate the School and who oversaw the project from start to finish. The Woolnough Lodge acknowledges the huge efforts made by Nigel Woolnough, Headmaster 2008 -2011, who managed Waverley’s transition with the Governors from CfBT back to Independence through to the transition to the new and current Head, Mr Guy Shore.